Special edition of Obabakoak (Alfaguara, 2019), with illustrations by Marta Cárdenas 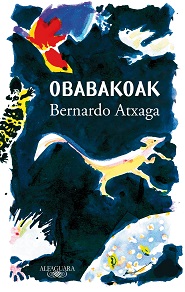 On the heels of writer Bernardo Atxagas winning the National Prize for Spanish Literature in 2019, Alfaguara has just published a special edition of Obabakoak.

Winner of the Euskadi Prize, the Critics Prize, the Millepages Prize and Spains National Novel Prize and translated into more than twenty languages and adapted to cinema and theater, Obabakoak is one of the crowning achievements in contemporary Basque and Spanish literature.

Obabakoak tells a story that are many stories at once: in the town of Obaba, a geography teacher remembers his strange love affair with a girl he only knew through letters, a young school teacher has to learn to fight her loneliness during a long, cold winter, a clergyman writes a letter telling what happened to a child lost in the forest, and a writers life turns upside down when he discovers a surprising detail in an old school photo.