La Repubblica, one of Italy's major daily newspapers, has included Bernardo Atxaga's novel on a recent list of best reads. Obabakoak was recently re-published in Italy by 21 Lettere. 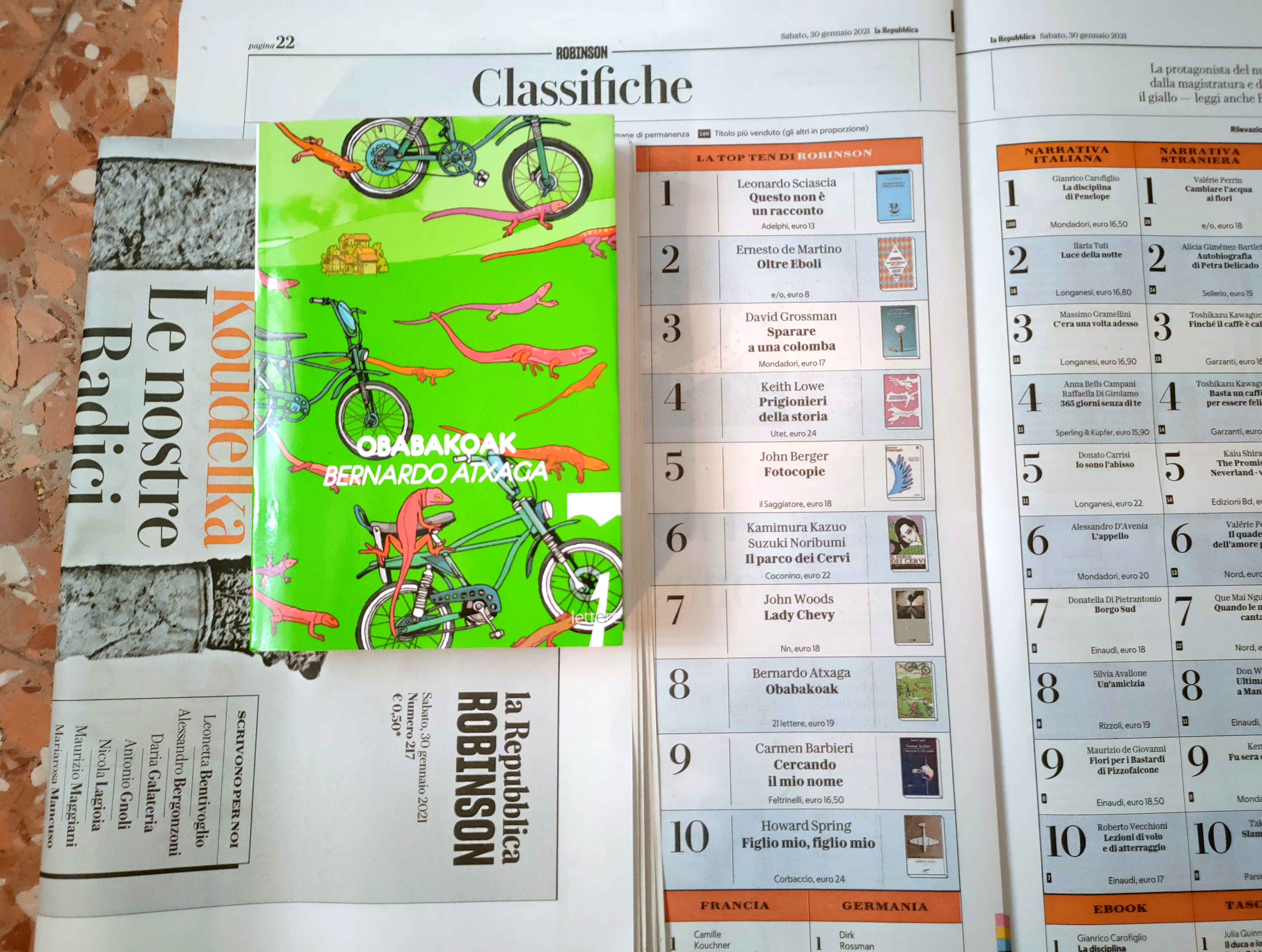 Italian publisher 21 Lettere reissued Obabakoak just over two months ago. The first edition came out in 1991 (Giulio Einaudi), but that edition has long been out of print. This new release of Obabakoak has been very warmly received in Italy, just as it was in 1991. That the novel has been included on La Repubblica's list of best reads in its Robinson supplement is testament of its acclaim.

Robinson is a La Repubblica supplement covering culture, and its most recent issue has Atxaga's Obabakoak on its best reads list, along with authors such as Leonardo Sciacia and John Berger.

Journalist Erika Zini interviewed Bernardo Atxaga on her program Bookmania. The interview follows an interview with author Anna Kańtoch and can be viewed below (Atxaga appears at 13:50).