Estás aquí:  Inicio » Noticias » "Memoirs of a Basque Cow" has been published in the United Kingdom

One of Bernardo Atxaga's best-known works, Memoirs of a Basque Cow, has just been published in English by Dedalus (Dedalus, 2020). 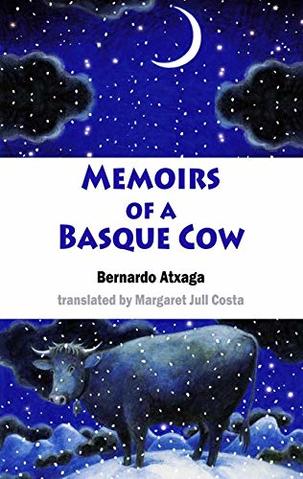 Originally published in Basque in 1991 (Behi euskaldun baten memoriak, Pamiela), Memoirs of a Basque Cow tells the story of Mo the cow; born on the Balantzategi farmstead, she follows the call of her inner voice and recounts the story of her life.

Translated into 15 languages (including French, German, Portuguese, Romanian, Ukrainian and Arabic), the English-language version, translated by Margaret Jull Costa, has just been published by Dedalus.