The Guardian has included Hemingway, Cervantes and Atxaga in its list of 10 of the best novels set in Spain. 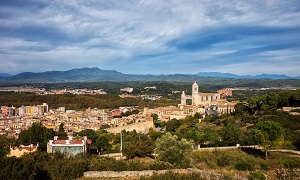 Writer and journalist Stephen Burgen has published an article recommending 10 of the best novels set in Spain. In that selection he has included Obabakoak (1988) by Bernardo Atxaga, along with Don Quijote and The Sun Also Rises, by Hemingway.

Some of the other authors he recommends in the list are Javier Cercas, Eduardo Mendoza and Manuel Vázquez Montalbán, among others.

Originally written in Euskera - the Basque language - and a huge success in Spanish, Obabakoak is a series of stories narrated by the inhabitants of Obaba, a Basque village. A geography teacher discovers that a series of life-changing letters from a young woman in Hamburg were in fact written by his father; a tattered and barely legible manuscript written by a priest tells the story of an unloved, illegitimate boy who went missing in the woods and returned to haunt the village as a pure white boar. Atxaga's writing is intimate and there is always a touch of humour, even as the tales shade into darkness.